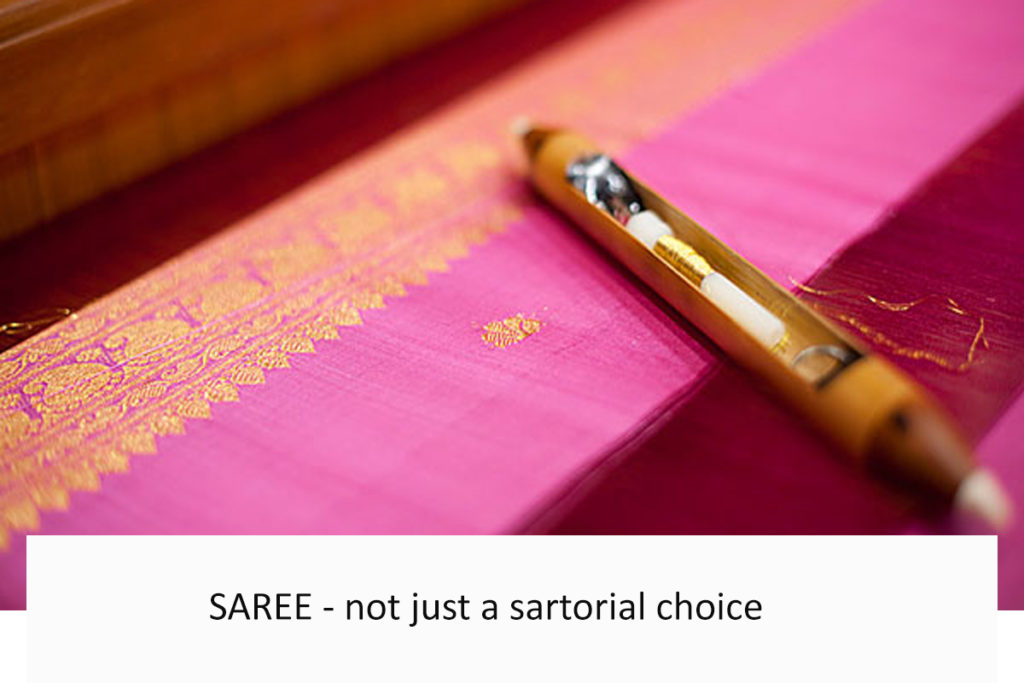 What makes one of the oldest garments in the world so popular still? To understand that we must delve into the cultural heritage and its implications. The word sari comes from the Sanskrit word śāṭī which means ‘strip of cloth’. Another possible etymological link is the Sanskrit word ‘saatikaa’ which simply means a women’s attire.  It finds in place in the ancient texts such as the Vedas and in the Indus Valley Civilization (3300–1300 B.C.E.) records.

The Sari or Sattika evolved from a three-piece ensemble known as the Poshak comprising the Antriya, a skirt-like garment; the Uttariya; a veil worn over the shoulder, or the head; and the Stanapatta, a chestband. The earliest fabric was cotton as it was cultivated around 5th millennium BCE, silk was woven much later around 2450 BCE and 2000 BCE. The oldest ensembles were colored using natural dyes such as indigo, lac, red madder, and turmeric.

Coming back to our initial question, what makes the six yards of cloth more than just a sartorial choice? The answer is fairly clear. In India, the sari is akin to heirloom jewelry and is passed down through generations. It is not just a functional piece of cloth that people drape every day or something that is reserved for the glamorous runways, the most unique fact about the sari is its egalitarian nature. It not only transcends socio-economic divides but also shatters the myth of the “ideal body” as anyone can effortlessly drape it.

Before the British came to India, the sari was worn without a blouse. Victorian morality was scarred to see women who did not cover their chest and thus promoted blouses as something “proper”. There are over a hundred ways to wear a sari but the most popular one is the ‘Nivi’ drape. The evolution of the sari is an inspiration as it is still being reinvented by the weavers and designers. There is something special for everyone and contrary to popular belief, draping a sari isn’t that difficult! 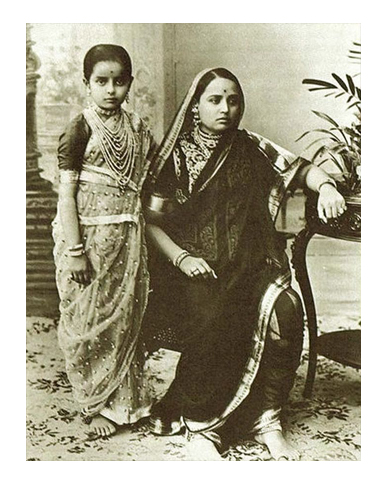